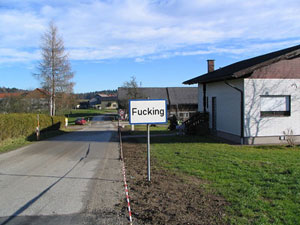 Fucking is an Austrian village in the municipality of Tarsdorf, in the Innviertel region of western Upper Austria.

The settlement of Fucking has existed since at least 1070 and is named after a man from the 6th century called Focko. "-ing" is an old Germanic suffix indicating the people of the root word to which it is attached; thus Fucking means "(place of) Focko’s people." The village has a population of 107.

Petting is a municipality in the district Traunstein, Bavaria, Germany. It is located on the shore of the Waginger See, a diluvial lake.

The first mention of the municipality was in 1048 with the name Pettinga, however it is possible that the settlement already existed at the time of the Roman empire. In 1180 it came into the ownership of the monastery St. Zeno. 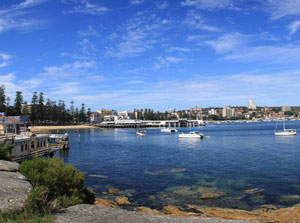 Manly is a suburb of northern Sydney, in the state of New South Wales, Australia. Manly is located 17 kilometres north-east of the Sydney central business district and is the administrative centre of the local government area of Manly Council, in the Northern Beaches region.

Formerly known as "Cross Keys" from a noted old tavern, this village was founded in 1754.

Much speculation exists concerning the origin of the name of this little country village. There are several explanations, but none really can be substantiated. The first centers around an old race track which existed just east of town. As one leaves town, traveling eastward on the "Old Philadelphia Pike", there is a long stretch of road where the track was located. This was the entrance to the race course, and was known as "Entercourse". It is believed that "Entercourse" gradually evolved into "Intercourse" which became the name of the town in 1814.

Another theory concerns two famous roads that crossed here. The Old King's Highway from Philadelphia to Pittsburgh (now the old Philadelphia Pike) ran east and west through the center of the town. The road from Wilmington to Erie intersected in the middle. The joining of these two roads is claimed by some to be the basis for the town "Cross Keys" or eventually "Intercourse".

A final idea comes from the "old english" language used more commonly when the name "Intercourse" was adopted in 1814. It speaks to the "fellowship" or social interaction and friendship which was so much a part of an agricultural village and culture at this time. These roots mark the community of faith to this day, and the many evidences of it are experienced by those who care to dig a bit more deeply in their Amish farmland venture.

Hell is a village in Stjørdal, Norway with a population of 352. It has become a minor tourist attraction because of its name, since people like to take the train there to get photographed in front of the station sign. The station sign reads "Gods-expedition", an old spelling of the Norwegian word for "cargo handling" - godsekspedisjon would be the current spelling. 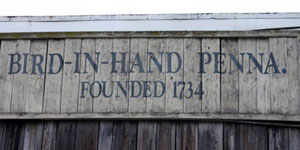 Bird-in-Hand is located along Route 340 (the Old Philadelphia Pike) approximately seven miles east of Lancaster City and four miles west of the village of Intercourse, Pennsylvania

Climax is located south of I-94, half-way between Kalamazoo and Battle Creek

Assawoman is an unincorporated community in Accomack County, Virginia. Its ZIP code is 23302. Assawoman was originally known as Assawaman until 1966 when the Board on Geographic Names decided upon its current spelling.

Ding Dong is an unincorporated community in Central Texas. It is situated on the Lampasas River, eight miles south of Killeen in southwestern Bell County. Ding Dong was supposedly named because of two early settlers in the town, Zulis Bell and Bert Bell, who opened a store and hired an artist, Cohn Hoover, to make a sign for it. The Bells instructed the sign painter to make a sign with two bells on it; inside the bells would be their names and the words "Ding Dong" would be coming out of the bell. Over time a community grew around the store, and it took on the name of the words coming out of the bell: Ding Dong. Often times, it is misreported that the town had early associate with the Hostess Company's snack, Ding Dongs, as well as named after a common slang for the male genetalia. 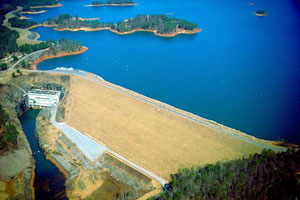 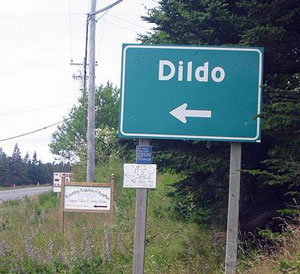 Originally a small hamlet on the banks of the River Great Ouse, the village of Prickwillow had an estimated mid-2005 population of 440. It lies in the south of the Fens, 4 miles (6.4 km) east of the city of Ely in Cambridgeshire, England, and is home to a large drainage engine museum and the Ely Group of Internal Drainage Boards.

The small village of Pussy (French pronunciation: [pysi]) is located in the commune of La Léchère in the Savoie département of France, not far from Moûtiers.

The name derives from the Gallo-Roman name Pusiacum, from pusus meaning little boy

The Shag River is located in Otago in the South Island of New Zealand. It rises in the Kakanui Range, flowing southeast for 50 kilometres before reaching the Pacific Ocean near the town of Palmerston. The Dunback Branch railway that operated from the 1880s to 1989 largely followed the route of the river from its junction with the Main South Line in Palmerston to its terminus in Dunback.

Titz is a municipality in the district of Düren in the state of North Rhine-Westphalia, Germany. It is located approx. 10 km north-east of Jülich and 20 km south of Mönchengladbach. 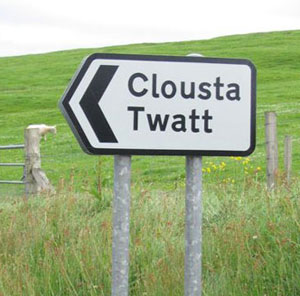 Twatt is a small settlement on the Mainland of the Orkney Islands, Scotland. It was previously the location of a RNAS airfield, HMS Tern, 1940-1949