The Geography of Great Britain 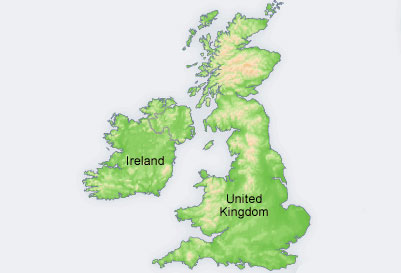 Full name of the country is The United Kingdom of Great Britain and Northern Ireland.

As far as the climate is concerned, the country is under the influcence of the Atlantic Ocean so the weather is rather rainy with warm winters and cool summers. It is very windy in the mountainous areas like Cumbria and hardly ever can you see snow in London. When it comes to the landscape, in Scotland you will find the mountains, valleys, lakes, bogs, rocks, wild moorlands and bare hills.

There are many ancient ruins across the country, mainly from the Middle Ages. English countryside is very green and rather hilly. In some parts there are beautiful beaches, for example in Brighton or Hastings.

Wales, similarly to Scotland is a mountainous land with some wild areas. The highest mountains in Wales are in Snowdonia and the highest peak of the region is Snowdon (1085 m). Northern Ireland is very hilly and green.

‹ Sweden up What should you see in London? ›
Podobne artykuły
Materiały z angielskiego
Polecamy działy